Our carefully crafted proprietary blend of vitamins and organic supplements was formulated to increase sperm count, enhance overall Sexual Health and optimize Vitality & Sperm Motility.
Individual results may vary depending on a number of factors. 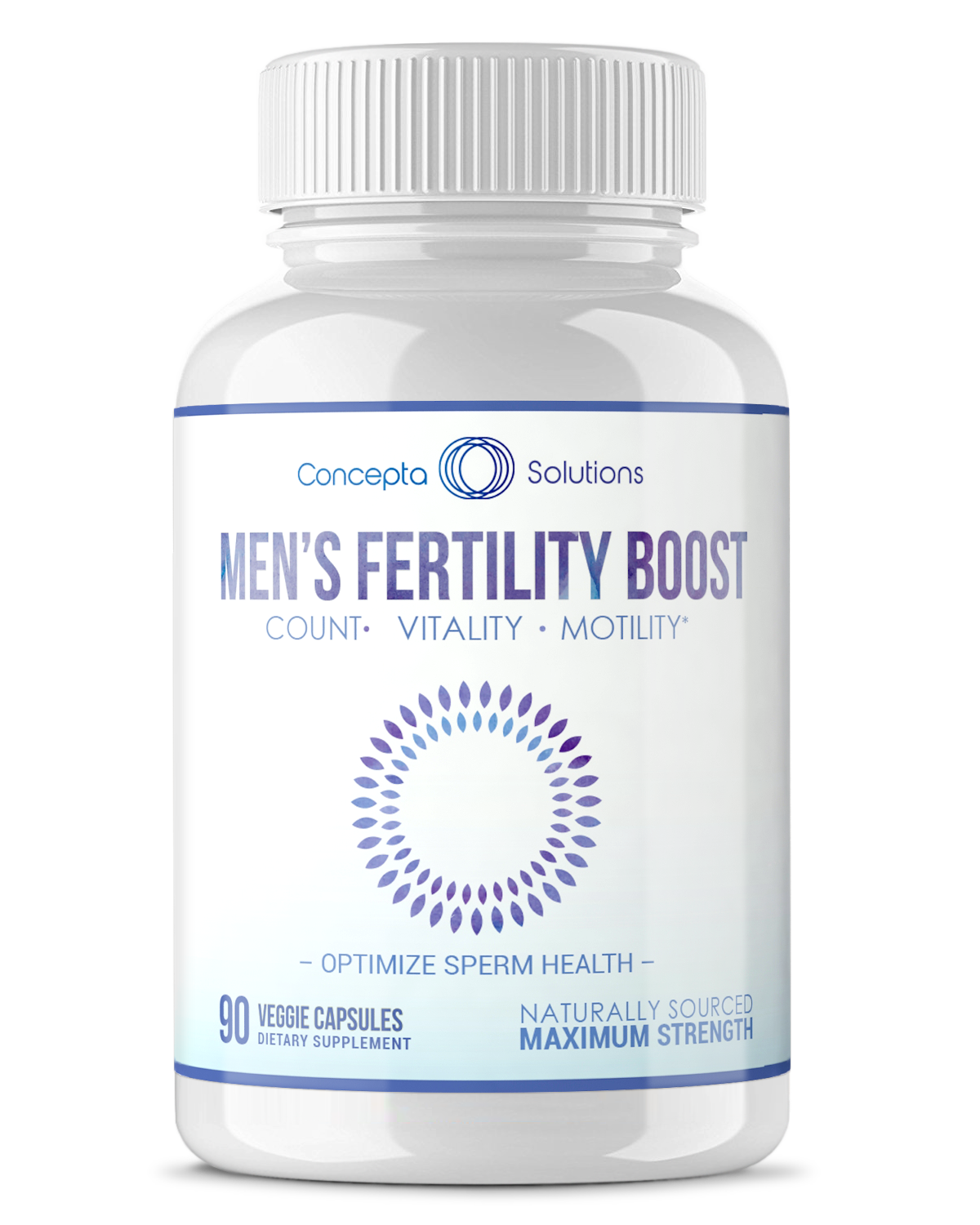 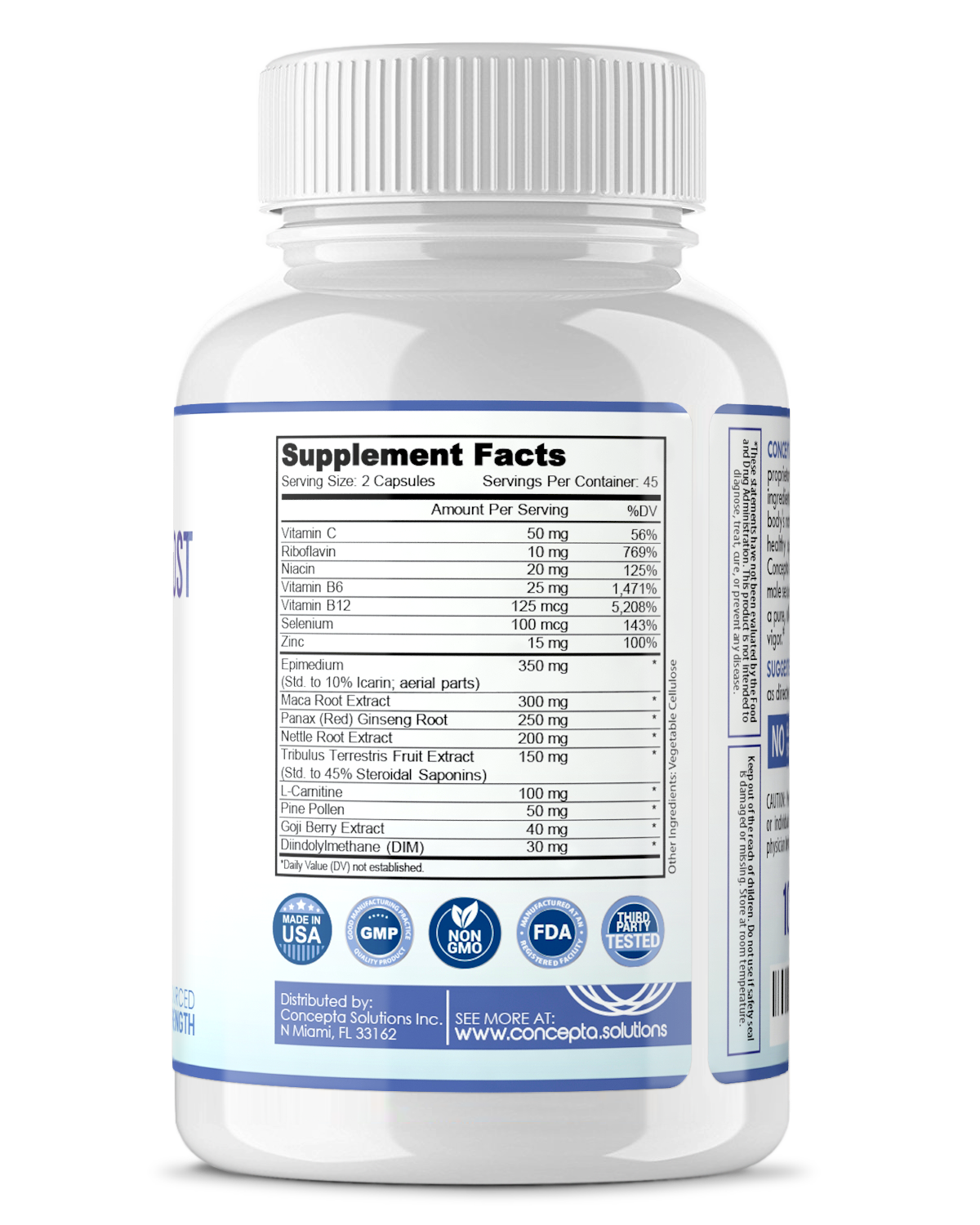 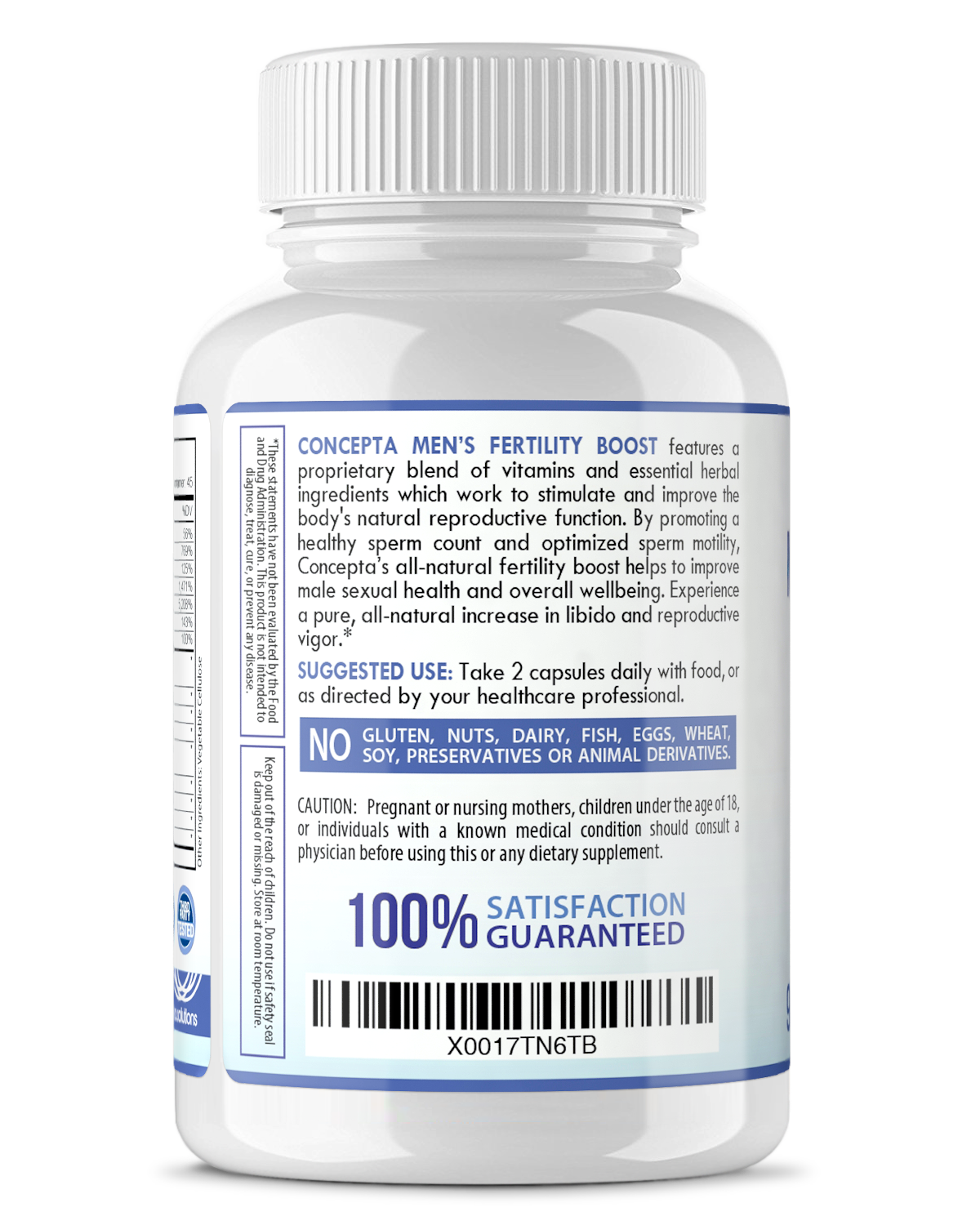 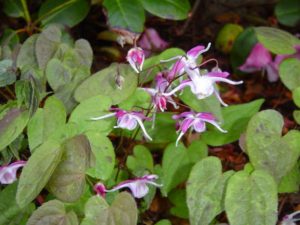 Icariin, the active compound in epimedium, has been seen to increase nitric oxide levels, which in turn inhibits the activity of PDE-5 – a substance which naturally causes erectile dysfunction in men.  Icariin also stimulates hormone production and is a libido enhancer. 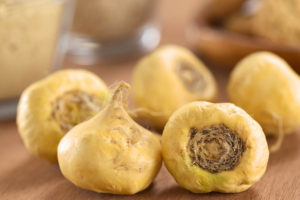 Maca is a biennial herb somewhat similar to turnip or radish, and native to the High Andes. In Bolivia and Peru, it’s considered an exceptionally nutritious staple root vegetable, loaded with vitamins and minerals, and is sometimes ground into a baking flour.

Legend pairs the medicinal herb Maca Root with strong and virile Inca warriors, “potent with the seeds of life”. In studies, men who use Maca Root have been seen to have increased libido and healthy sperm with increased seminal volume, improved sperm count per ejaculate, and strong sperm motility.

Research has established that Maca positively affects the hypothalamus, a major gland in the brain and considered the sex-hormone center, which correlates with its effects as a libido enhancer. 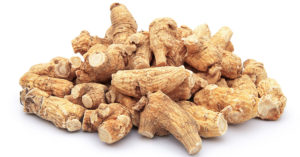 A slow growing perennial with fleshy roots, Asian Red Ginseng is sourced traditionally from mature roots, harvested by hand, then steamed and dried. The bioactive ingredient ginsenoside is a type of natural steroid-like saponin.

When tested in human interventions, Panax Ginseng appears to increase spermatogenesis and sperm motility. Ginseng is also noted to increase stamina and help treat erectile dysfunction. It has also been found to promote adrenal health and proper function, which are vital to the proper manufacturing and release of testosterone.

The leaves, seeds, and roots of the nettle plant are very high in minerals as well as vitamins A & C.   Research has shown nettle to be beneficial in its effects on the male genitourinary system – which includes both the urinary and reproductive organ systems – due to its support of gentle cleansing of key organs like the liver, intestines, and kidneys.

Nettle root is often combined in herbal formulations along with testosterone boosting herbs. It seems to be either additive or synergistic with bioactives such as Ginseng, Ashwagandha, Maca and Pine Pollen, for its actions as a natural aromatase inhibitor, promoting the circulation of free testosterone in the body. 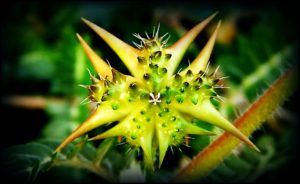 Tribulus is an annual flowering plant, in the Zygophyllaceae family. Both the roots and fruit have been used as a traditional fertility herb for centuries, both in Traditional Chinese Medicine (TCM) and Ayurveda, for male health including vitality and virility.  Research indicates that Tribulus can aid in sex hormone production. For men specifically, it has been shown to support healthy luteinizing hormone (LH) and testosterone production, both of which play a key role in proper sperm production. This makes it useful for increasing sperm count, motility, and health. It has also been shown to help reduce the effects of some men’s higher sperm antibodies which could weaken and inhibit sperm movement.

L-Carnitine is an amino acid (a building block for proteins) produced naturally in the body. L-carnitine helps the body turn fat into energy. It is important for heart and brain function, muscle movement, and many other body processes including male fertility.

Since sperm requires high concentrations of carnitine for energy metabolism, it is seen as a nutrient necessary for sperm cells to function normally. Studies indicate that the level of free carnitine in seminal fluid directly correlates with sperm count, morphology and motility. 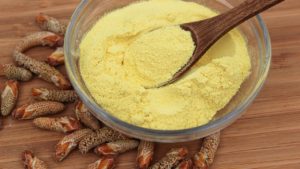 The richest pine pollen is sourced in the pine forests of the Himalayan Highlands near Tibet. Once a year, the pollen catkins can be collected by hand from the trees, screened and cleaned.

Pine pollen is rich in vitamins, minerals and a multitude of useful enzymes. It offers one of nature’s most potent sources of androgenic substances known in the plant kingdom, composed of the bioidentical steroid hormone testosterone, along with lesser amounts of other steroids including androstenedione, dehydroepiandrosterone (DHEA) and androsterone which can contribute to increased sperm count.

Pine pollen also contains a substance called phenylalanine, an L-dopa precursor which helps to stimulate dopamine levels in the brain, which could help with elevated will and mood, and act as a natural antidepressant. 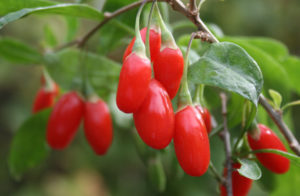 Originally native to the Mongolian region of China and known as wolfberries, the lush red Goji berries are traditionally harvested when ripe and sun-dried. A powerful antioxidant, Goji has been used in TCM for thousands of years to treat male infertility, enhance libido, restore strength, endurance and energy. Goji contains antioxidants deemed helpful for male infertility through protecting DNA, elevating sperm health, increasing sperm count and optimizing motility. Goji has a known additive synergy when combined with Maca.

Surprisingly, DIM is an organic nutrient isolated from cruciferous vegetables like broccoli, cauliflower, cabbage and kale. DIM becomes available to the body after the digestion of Indol-3-carbinol (I3C), present in those foods just mentioned.

The human body utilizes DIM as an activator of estrogen metabolism. The male body does produce and require estrogen, but heightened levels can positively affect sperm count and volume, libido and to prevent enlarged prostate. DIM promotes the metabolism of excess estrogen.

Riboflavin B2, Niacin B3, Pyridoxine B12:

The B vitamin complex are co-enzymatic and contribute to healthy hormone regulation, cell   growth and replication, sperm count and seminal quality.

Vitamin C has been shown to improve sperm quality, prevent sperm from clumping or sticking   together, and protecting sperm from DNA damage; Studies have linked vitamin C deficiency   with poor sperm count, motility and morphology.

Selenium is also necessary for the creation of sperm and sperm motility. Selenium is naturally   available in tuna, nuts and sunflower seeds.  It seems to increase the action of antioxidants.   Studies have shown that men with low sperm counts have also been found to have low levels   of selenium.

Zinc is considered one of the most important trace minerals for male fertility. Increasing zinc   levels in infertile men has been shown to boost sperm levels, improve the form, function and   quality of male sperm, and decrease male infertility.

What Concepta does NOT use:

No magnesium stearate, no silicon dioxide, no soy, no gluten, no fillers; just clean, pure and organic ingredients for optimal health and well-being.

Note: Because of the purity of our supplements, in rare situations ingestion may cause upset stomach or headaches as your body adjusts to them. If these feelings are too intense, please contact us for a full refund. Before taking this or any other supplement, please consult with a medical professional to ensure there will be no adverse interactions with existing medications. Do not use if seal around cap is broken or missing.