Some Infertility Factors in Women 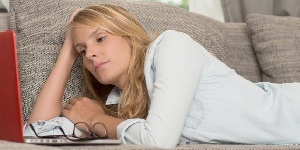 What about those female factors?

Many diverse factors are known to contribute to infertility in women:

Sterility can also be caused by external factors:

One of the prime conditions necessary for pregnancy is that the ovum are appearing regularly every month.  If ovulation is irregular, ultrasound and/or blood analysis can help with diagnosis and various treatments suggested.   A woman with an irregular menstrual cycle can often have her regularity restored in a natural way by simply decreasing stress, improving nutrition and adding appropriate nutritional supplements.

Blocking of the tubes occurs when an obstruction prevents the egg from traveling down the tube. This can occur on one or both sides and, while it is possible to have a child with the closure of a single tube, if both are closed conception is not possible without medical help.  This is also known as tubal factor infertility and is the cause of infertility in 40% of infertile women.

Blocked tubes prevent the sperm and the egg from meeting.  Occasionally the tubes may become clogged by ovarian cysts, called chocolate cysts.  An x-ray will usually determine if the tubes are clogged but a laparoscopy may also need to be done. When both tubes are blocked, in-vitro fertilization can be a viable and common option.

Chocolate cysts happen when a tiny patch of endometrial tissue grows where it’s not supposed to be. The cysts aren’t a cause of infertility in themselves, however, 40% of women with chocolate cyst problems do suffer from infertility problems since chocolate cysts can cause adhesions in the abdomen and in the fallopian tubes and thereby disrupt normal function.

Fibroids or myomas in the uterus:

Growths in the uterus may also interfere with pregnancy. Some of these structures can be innate and never develop into anything, or they may develop later. Polyp structures called myomas can be benign, often not affecting fertility. Yet, if they’re the wrong size and in the wrong location, they very well may affect fertility.  Large or small, one or many, if there is a pathology leading to infertility, the doctor will do a hysteroscopy.  Using a thin lighted tube called a hysteroscope the doctor can diagnose and treat obstructions or causes of abdominal bleeding.

Myomas in the upper part of the uterus are also called fibroids and usually don’t cause any trouble other than enlarging the uterus.  For some women, a myomectomy will improve the chances of pregnancy.  Keep in mind if fibroids are removed, they can have a tendency to grow back. It is, therefore, best to try to conceive as soon as safely possible after a myomectomy.

Your medical practitioner will guide you through options to deal with whatever issues may be contributing to infertility.  You should have comfort that women have overcome these obstacles and more through the ages.  Whether healing is sought through natural Ayurvedic, Traditional Chinese Medicine or modern science, it’s always optimum to maintain a healthy body, a healthy diet, and a healthy attitude.